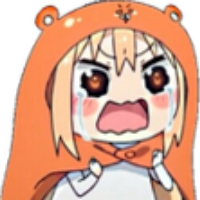 This time imma say somethings about me, I hate rules, I hate everyone doing the rules...he's dumb for doing it, I love when i waste my time on something stupid and I love it..but the people dont..because it doesn't mean anything that you don't do something you love only for the people, I hate everyone thinks he's smart and he didn't do anything smart in his life, also I tell horrible joke's to my bf's and only me laugh on them idk why..so pls if you're watching this horrible thread about me dm me some kind of good joke , and you catttn fuck off now..dickhead.....